A startup company that reaches a billion-dollar valuation in less than 10 years is defined as a Unicorn.  The mythical animal term, unicorn ― representing a business ― was first utilized in 2013 by venture capitalist, Aileen Lee, because of the statistical rarity of a startup company quickly reaching a billion-dollar valuation.
“Junior Unicorn” was coined by Michael Markowski in 2021. His definition of a Junior Unicorn:

The companies in the table below were Jr. Unicorns when they were founded. Each was valued for less than $100 million in their seed rounds. They have highly scalable digital business models and reached billion-dollar valuations within 10 years. As of August 31, 2021, the value of a $10,000 seed round investment ranged from $50.6 million for Snapchat to $632 million for Airbnb. 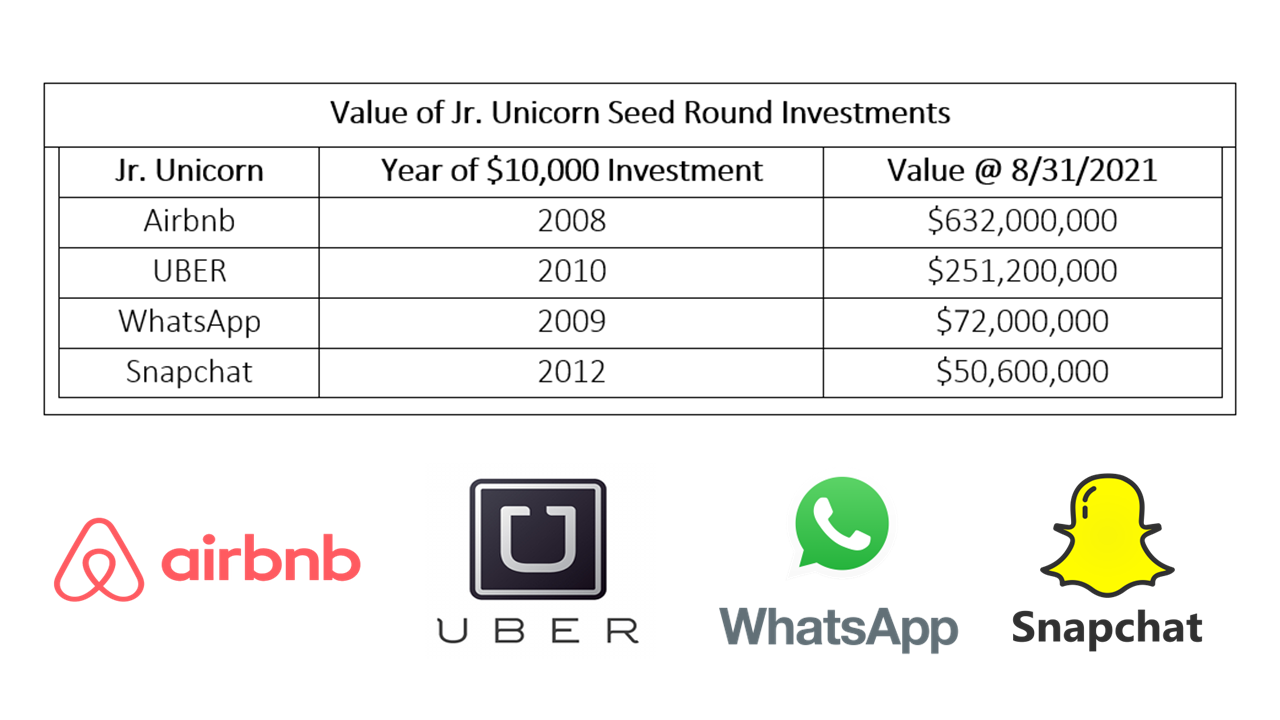 Michael Markowski’s ability to identify Jr. Unicorn companies was gained from his experience as a Wall Street investment banker who underwrote venture stage IPOs during the 1980s. In 1986, Michael Markowski underwrote a $3.8 million IPO for startup Senior Service Corp. After the name was changed to Almost Family the company merged with LHC Group (LHCG) for 41.5% of the total outstanding shares of the surviving company in 2018. At July 1, 2022, the value of Almost Family’s portion was $1.99 billion.